Panasonic has released firmware updates for its LUMIX S series cameras as well as the ultra-compact G100. Updates for the S1H (2.2), S1R (1.6), S1 (1.6) and S5 (2.0) will be available free of charge from 24 November 2020 and will bring improved autofocus features; the same day's release of FW 1.1 for the DC-G100 will bring compatibility with LUMIX Webcam Software (in beta).

Enhanced autofocus features for the LUMIX S series
Lumix S1, S1R and S1H will gain advanced autofocus technology and performance from the new LUMIX S5. The AF update includes improved person and motion detection technology. In addition to the eye, face and body, the head is now separately identified and tracked in real time. The camera tracks a person even when they move quickly, turn their head, turn their body and tilt their head, even at a great distance from the camera. Innovative DFD technology has refined the continuous autofocus (AFC) system to better track small or fast-moving subjects. All AF enhancements are available in both shooting and movie modes. 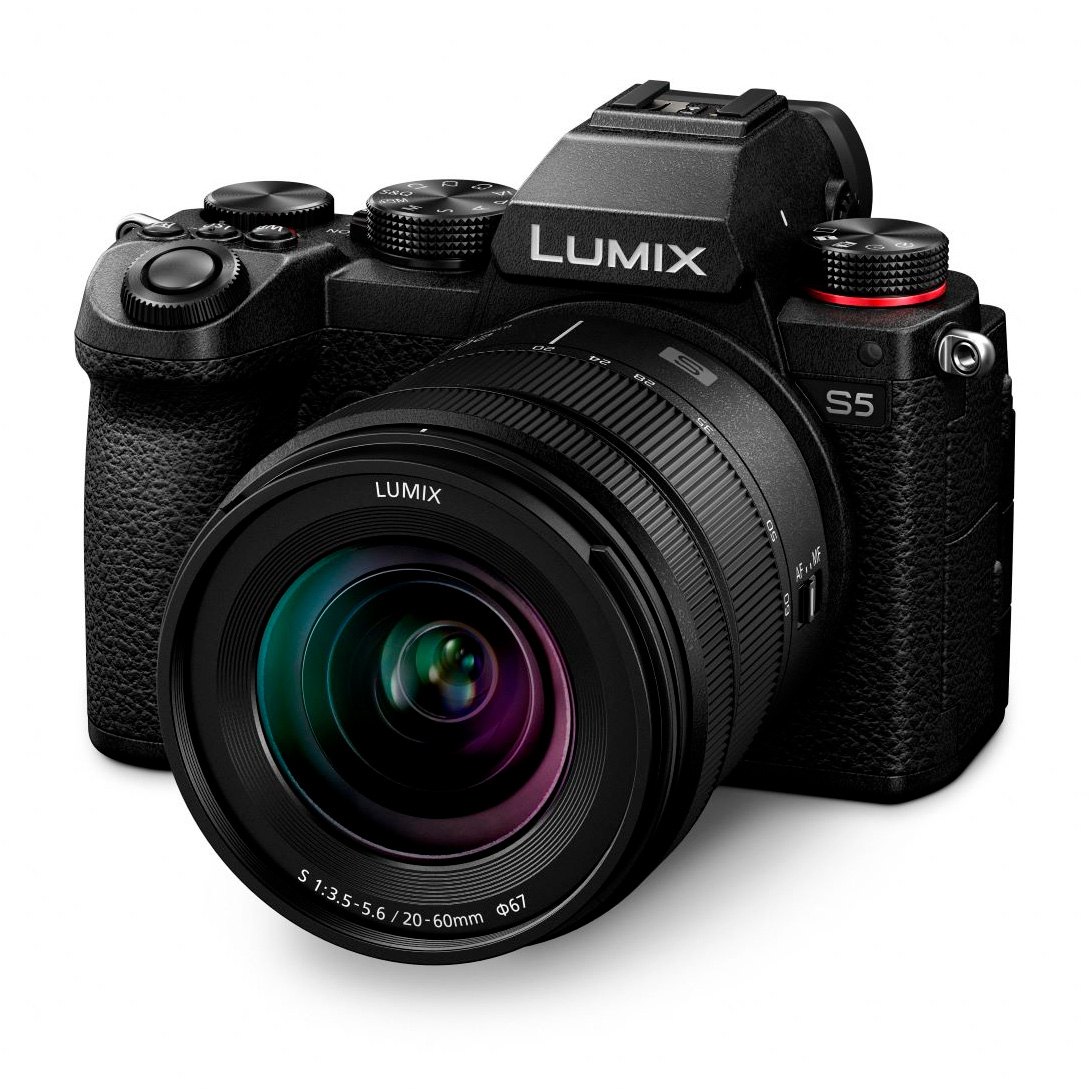 Next update for LUMIX DC-S1 in the first half of 2021
With the planned FW 2.0 update for LUMIX S1, the user will be able to manually adjust Dual Native ISO values. Further expansion of functions is subject to the purchase of DMW-SFU2. New features will include anamorphic recording mode, time code insertion and V-Log recording. The upgrade will unlock the ability to record in 5.9K/C4K quality and internal 10-bit 4K 60/50p video recording with 4:2:2 color sampling. Another enhancement will be the ability to record video using the Atomos Ninja V monitor/recorder in 5.9K/4K/Anamorphic (4:3) 3.5K 12-bit RAW over HDMI.

Battery compatibility between LUMIX GH5/GH5S and G9
The LUMIX GH5 / GH5S / G9 are now compatible with the new DMW-BLK22 battery type (launched together with the DC-S5). Compatibility with the original DMW-BLF19 battery that was supplied with the above models remains, of course.