Both 5" and 7" variants with touchscreens facilitate shot composition and focusing and display essential information and controls including time code, transport buttons, audio meters, and histogram. Functions are also available for focus assist, false color display, 3D LUT corrections and more. 3D LUT corrections allow for a near-final preview of the image after post-production; corrections can be applied directly to the recorded files or applied non-destructively.

Blackmagic Video Assist products are the ideal complement to cameras that in most cases offer only small displays with insufficient luminosity, and often do not provide quality focus assist functions or quality recording codecs. The Video Assist range can also be used to upgrade older camera models, which will have a longer lifetime thanks to modern recording formats such as Apple ProRes and Avid DNx. HDMI and SDI inputs allow the monitors to be connected to virtually any consumer or professional camera or DSLR/DSLM equipment. 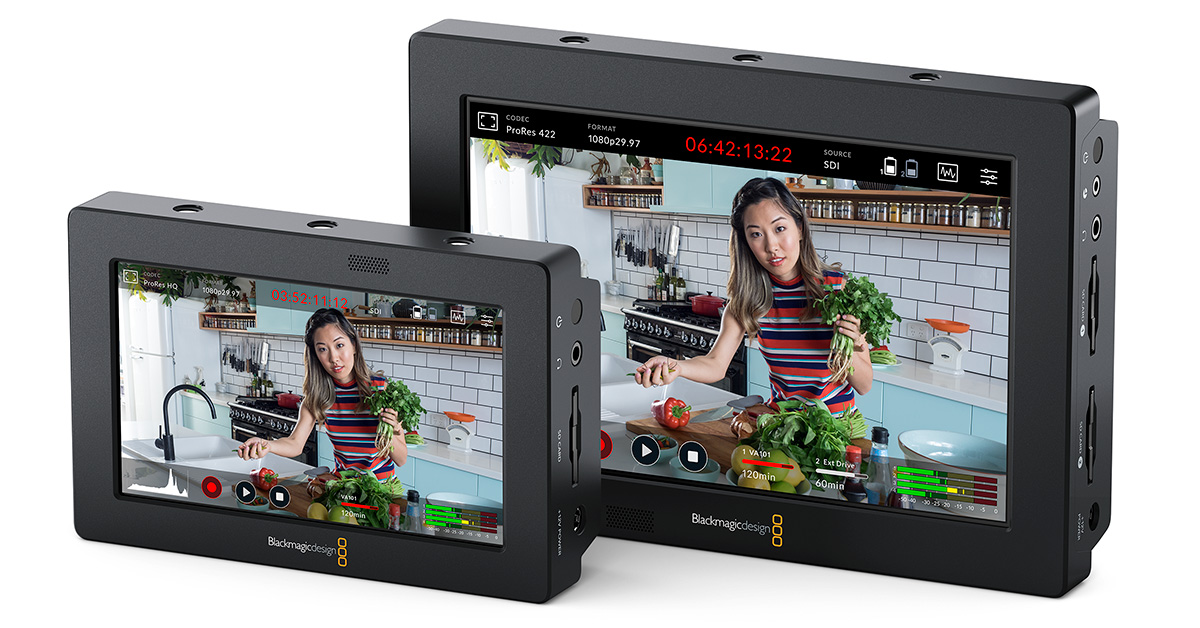 Innovative touch controls provide quick access to all functions, including virtual buttons for playback of footage, a miniature timeline designed to quickly scroll through recorded videos, and displays of timecode, video standard or audio levels. Of course, you can also use gestures to speed up playback.

The software also includes signal measurement functions to ensure, for example, recording compatibility with broadcast standards. A signal waveform preview tool, vectorscope, RGB component display and histogram are available. The output of the measurement functions can also be displayed as part of the real-time video preview or as a thumbnail in the upper right corner of the display.

The virtual flap function and metadata insertion options greatly simplify the management of footage. Simply gesture (drag from left to right) to bring up the digital flap panel and enter the information manually or rely on automatic incremental shot numbering. Metadata is stored as part of the video files and is then available during post-production, e.g. in DaVinci Resolve. DaVinci Resolve software offers automatic shot search and synchronization thanks to the Sync Bin feature in the Cut section!

Blackmagic Video Assist monitors also eliminate the need for dedicated audio recorders due to their high quality audio recording. In addition, the 7" models feature a pair of analog audio inputs with Mini XLR connectors, phantom power for condenser microphones, and recording of both 16 and 24-bit audio at sample rates up to 192 kHz! Levels can be monitored using on-screen meters with VU or PPM ballistics.