Thanks to their extremely small size, the UltraStudio Monitor 3G and UltraStudio Recorder 3G models are the ideal solution for previewing and recording video on the go, respectively. Their lower price makes them affordable for all users who do not require both preview and video recording functions integrated in a single device. The UltraStudio Monitor 3G version will be a great addition for previewing video during editing; the UltraStudio Recorder 3G version is an easy-to-use solution for recording SD/HD video from devices with 3G-SDI or HDMI output, in both compressed and uncompressed 10-bit quality.

The new variants replace the original Thunderbolt 2 models and, thanks to the integration of Thunderbolt 3 technology, offer an expanded range of features including support for multiple video formats, a wider choice of color spaces, RGB video formats, etc. With their very easy plug-and-play installation and high transfer speeds, they are an indispensable addition to all workplaces for video editing and post-production, animation, and TV and film production... 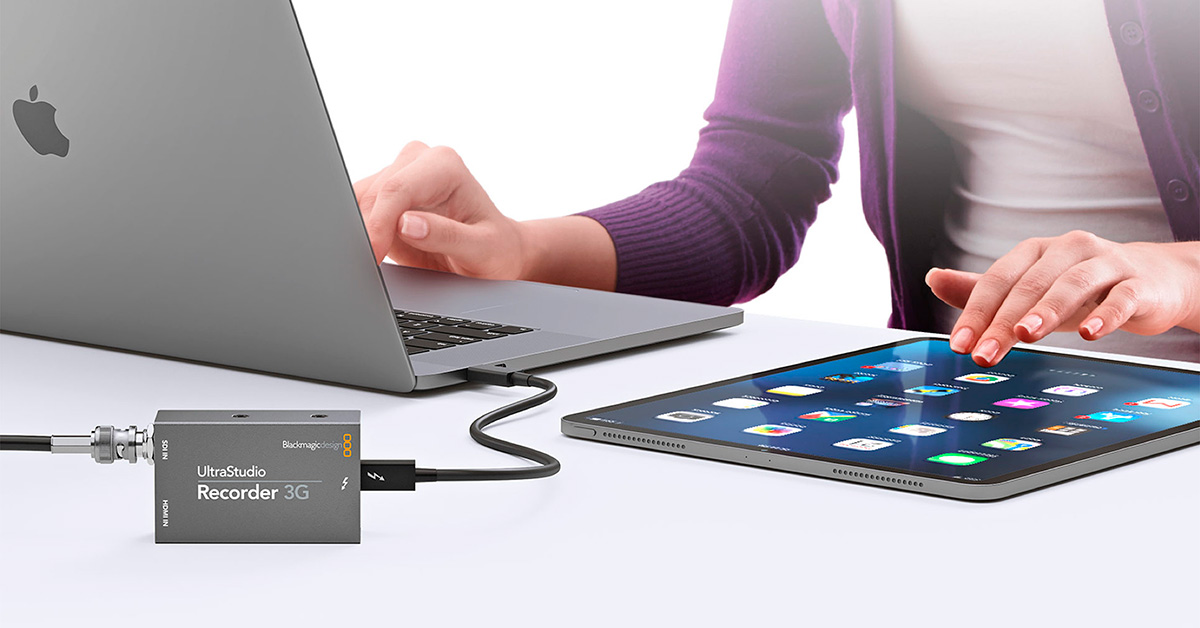 About Syntex
Syntex, a Prague-based company, was founded in 1994 to distribute products and solutions for computer-to-video animation transcription, computer graphics, professional editing and video processing. It is one of the pioneers in the Czech Republic and has established itself as a reliable and strong partner in the field of digital image and sound processing. Syntex is dedicated to product distribution, technical support and consulting in many sectors of video and audio production and post-production. Since 1999, a subsidiary company, based in Bratislava, Slovakia, has been available to customers in Slovakia. Syntex is a distributor of Blackmagic Design products for the Czech and Slovak markets. See more