Traditional edit software uses thousands of clips to organize their media, so customers need to constantly click and drag clips to edit. That’s too slow for work such as TVCs, news, promos and training videos. However old tape based linear editing had the advantage of all media being played from a videotape, so customers could simply fast forward and rewind to see all their shots. Now the cut page has a modern version of the videotape and it’s called the "source tape". Simply push the source button and use the search dial to scroll through all their media. Plus, the current clip is highlighted live in the bin. After the edit the viewer will stay in the source tape so customers can move to the next shot faster.

Editing with a keyboard is different to editing with a mouse, so the cut page editing functions have been upgraded to take advantage of the speed of a keyboard. The edit functions are intelligent and use the "smart indicator" in the timeline to work out where to insert, so most of the time customers don't need to place in or out points in the timeline to do an edit. They are located just above the in and out keys, so are easy to locate by feel. Plus each time customers edit, the cut page won't waste time switching over to the timeline, allowing customers to stay in the source tape and visually browse, placing clips continuously. That's much faster as customers can just keep throwing clips into the timeline.

With a large high quality search dial built into the panel, customers get an extremely accurate way to trim shots. With the search dial being such a physically large control, it completely transforms how it feels to trim shots. Plus it’s much faster too. The trim buttons will change the search dial into a trim control and customers simply hold the trim buttons and rotate the search dial. This means customers can select various trim modes with their left hand while adjusting the trim with their right. It's extremely fast and the smart indicator in the timeline will let customers know which edit users are trimming. Just move along the timeline and live trim edits. It’s a whole new way to work.

The DaVinci Resolve Speed Editor eliminates the large QWERTY keyboard for a smaller more portable design, so the function button area includes only the controls customers need for editing. Some of the enhanced function keys on the DaVinci Resolve Speed Editor are not even available on the full sized editor keyboard. Plus, some keys have an alternative function where customers can press and hold or double press to get a second function using the same key. That means customers need less keys for a more portable design, but it still retains a lot of editing power. The keys are in a separate group so customers can find the key customers need by feel and operate faster than a regular keyboard.

The escape key is positioned to the top left so it's easy to locate, as it’s the most common key for reversing some functions. A good example is the sync bin and if customers select a camera, customers can go back to the multiview by selecting this escape key. Plus, if customers double press it, it works as undo.

The sync bin is a new style of multi-cam and it allows customers to find shots that are sync'd to the current shot in the timeline. That lets customers find cutaways using a familiar multiview interface. Then use the camera keys to select an alternative shot, and source overwrite to edit it into the timeline.

The full screen button is highlighted red so customers can find it quickly and switch to a full screen view of their viewer. That’s great for presenting their edit to clients. Plus if customers double press the full view button, it will go into full screen view and play from just before their most recent edit.

Pressing snap will turn on snapping in the timeline. Snapping on the speed editor is different, as it’s not magnetic so it’s more subtle. It works by momentarily pausing jog at the edit points so it's nicer to use. Or if customers press and hold, the search dial will let customers adjust the viewer size.

Ripple delete removes the current clip at the playback point then ripples the timeline to fill the space left by the deleted clip. This eliminates any blank spaces in the timeline. Customers can use it with split to remove parts of shots customers don't want. Plus, it will also reduce their timeline duration. 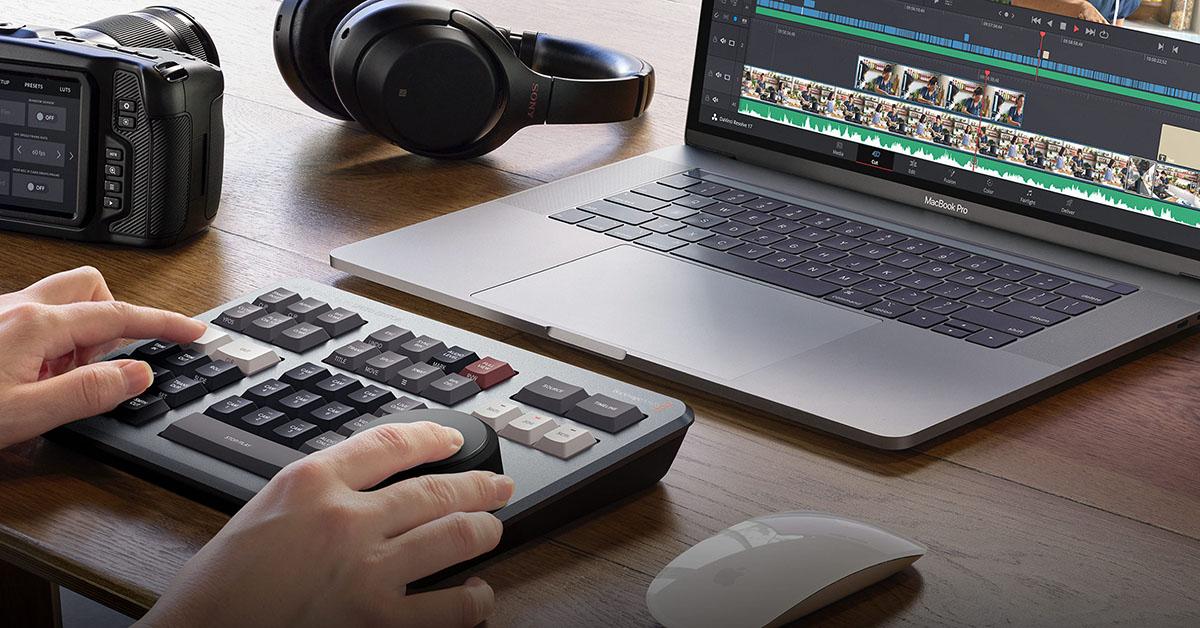 Press Photography
Product photos of the Blackmagic Video Assist 3G, as well as all other Blackmagic Design products, are available at www.blackmagicdesign.com/media/images.