Users of the original Blackmagic URSA Mini Pro 4.6K models can now save 3D LUT correction files to Blackmagic RAW media as metadata. This allows you to more easily work with the target video appearance throughout the post/production process. The embedded 3D LUT corrections can be easily used (for color correction or preview during editing) e.g. in Davinci Resolve.

Another new feature, often requested by camera users, is the ability to deactivate the HFR button to prevent unwanted frame rate changes during camera manipulation on shooting pauses. The HFR button can also now be mapped to another, as can the VTR and Return buttons on Cine-servo lenses for PL and B4 bayonets. Also new is the ability to synchronize the timecode according to SDI input, to keep the timecode even after restarting the instrument, and to permanently display the ND filter icon in the status bar after it is activated.

Improvements in the field of audio recording include a new option to select reference meter levels (-18 or -20 dB), level settings for the communication channel and levels for line inputs with XLR connectors or improved ballistics for audio meters.

Improvements to Blackmagic OS include the ability to adjust ISO in 1/3 increments using a slider, change recording media quickly from the HUD, new 2:1, 1:1 and 5:4 guide presets, and the ability to create custom guides or an improved media formatting interface. In addition, the Blackmagic Camera 6.9.3 update

delights with a number of optimizations, including greater stability when synchronizing using an external signal and faster auto-exposure functionality. 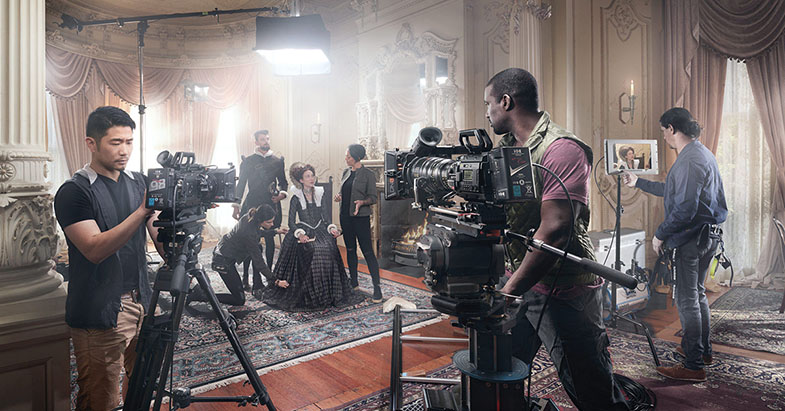