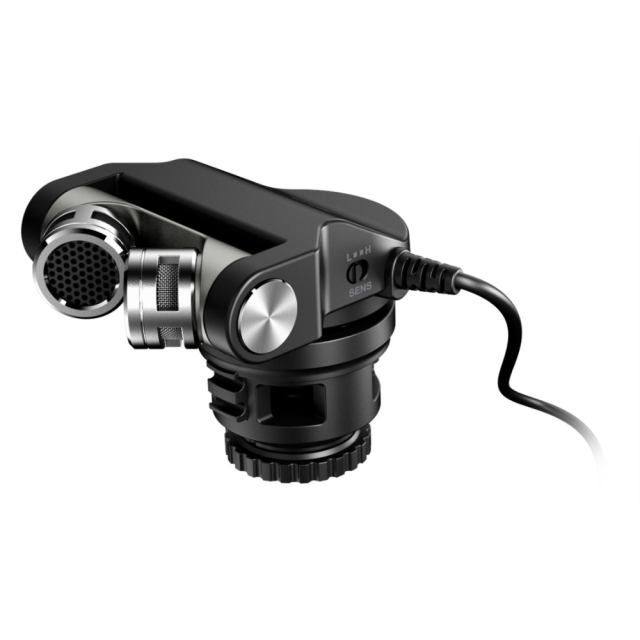 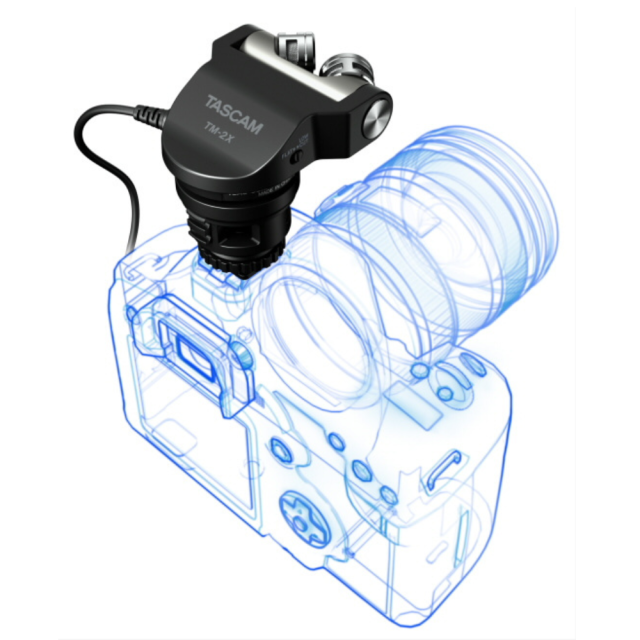 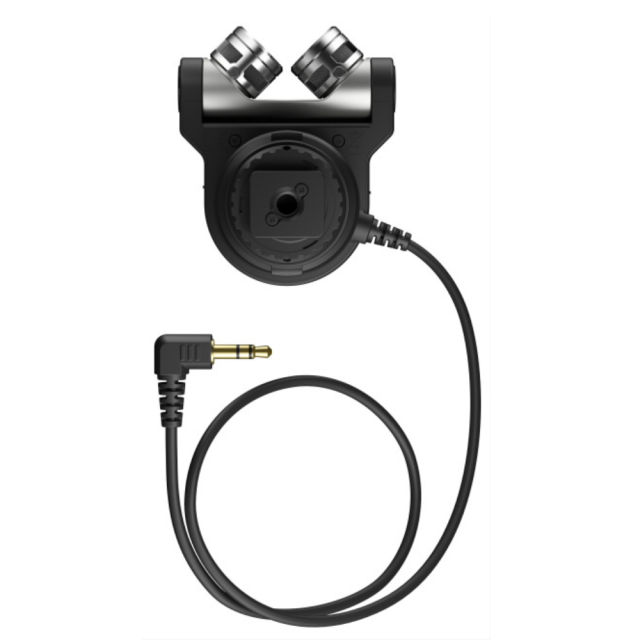 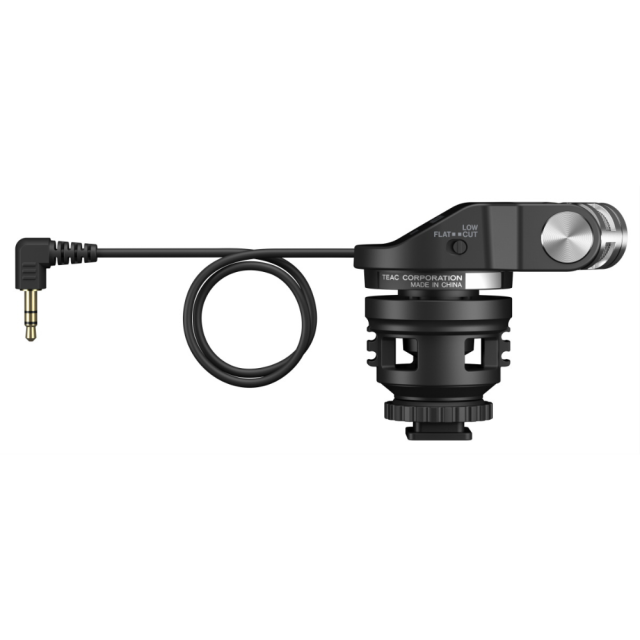 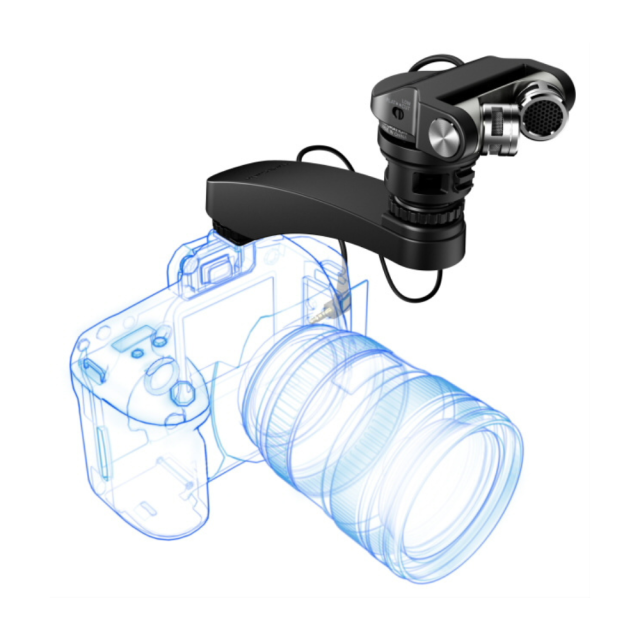 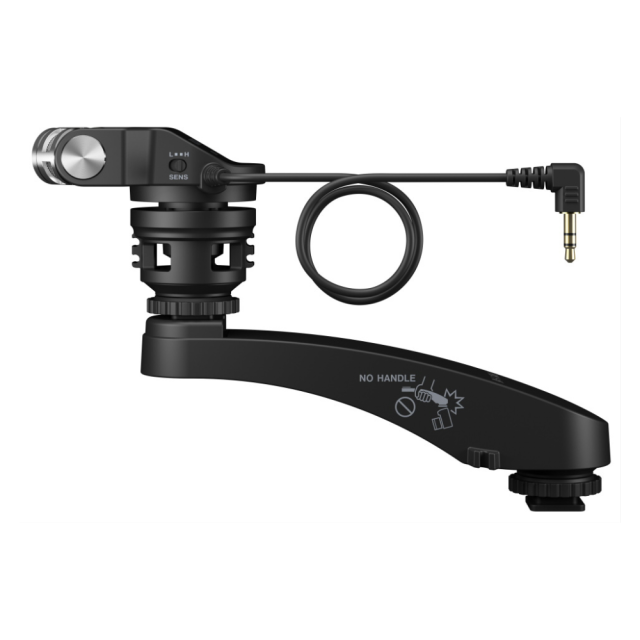 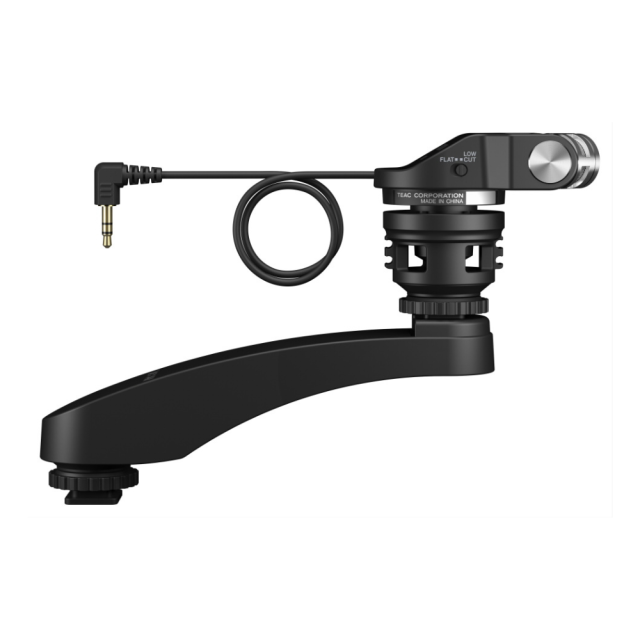 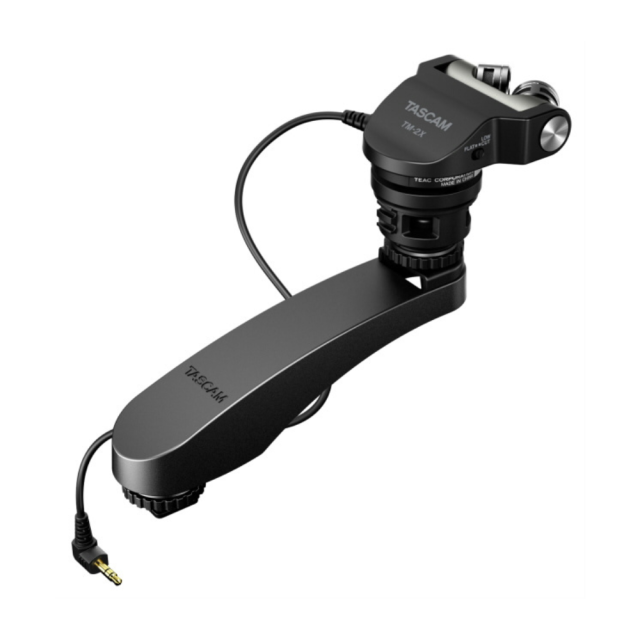 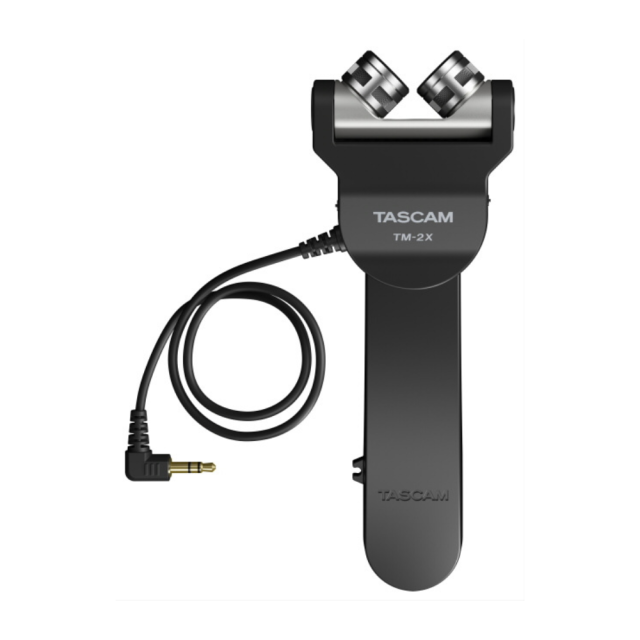 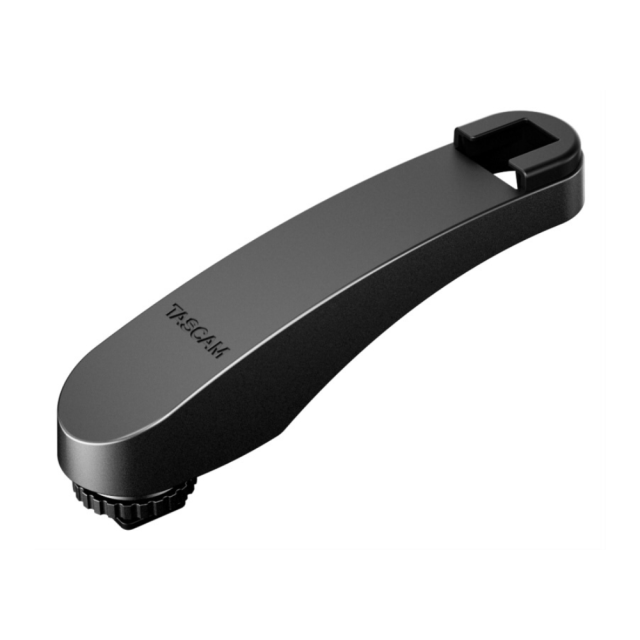 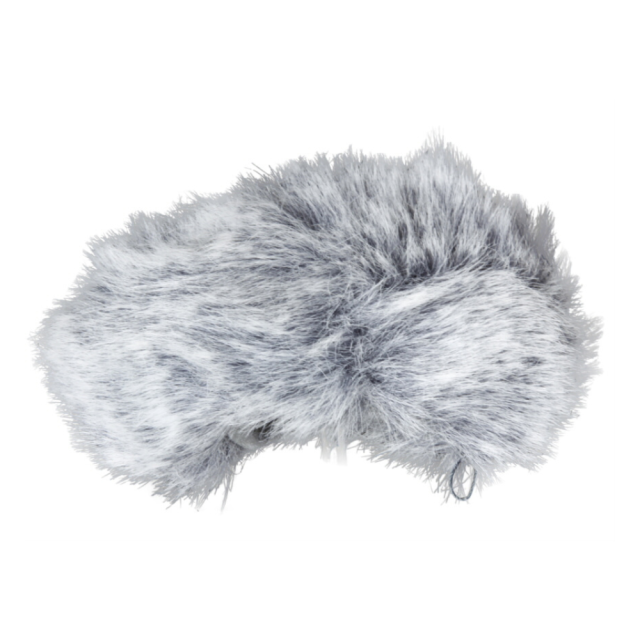 Record high-quality audio for high-definition video straight to your camera. The TM-2X is an X-Y stereo condenser microphone that can record high quality sounds appropriate for high-quality video filmed with a DSLR (digital single-lens reflex) cameras, something that has been getting a lot of attention within the past few years. The TM-2X…

Record high-quality audio for high-definition video straight to your camera. The TM-2X is an X-Y stereo condenser microphone that can record high quality sounds appropriate for high-quality video filmed with a DSLR (digital single-lens reflex) cameras, something that has been getting a lot of attention within the past few years. The TM-2X has been developed by thoroughly investing know-how on linear PCM recorders and professional acoustic equipment that TASCAM has accumulated in order to create an accessory in which a DSLR user can easily enjoy a high-sound quality filming.

X-Y stereo microphone method, directional and optimal for recording from a specific source

The dual unidirectional condenser microphone unit that focus records sounds in front was configured using an X-Y pattern. The X-Y pattern is a type of a stereo recording method and records sounds while reducing the hollowing out effect (when the central sound becomes weak). As such, this is an effective recording method when filming a specific target. A vari-angle microphone structure that allows 180-degree rotation was adopted, allowing for mic placement in accordance to the target. The audio circuit design, including the microphone, went through several listening tests in order to select the parts that are best for achieving great sound quality. The TM-2X can handle sound pressure up to 120dB SPL, and as such, can record sound without distorting even when filming a target with a high volume.

In conjunction to implementing the high-sound quality of the circuit itself, external noise measures for the TM-2X were also explored. Extra attention was placed on the noise characteristics of a DSLR camera, with various measures implemented to counterattack that. A floating structure was employed for the mic unit and the shoe mount section, reducing handling noise from the mic unit. In addition, a noise isolation arm was included in order to physically reduce operational noise by keeping a distance from the noise source. If the operation noise from the camera’s auto-focus is an issue, mounting the noise isolation arm will reduce such noises. Other attachments include the low-cut filter, which eliminates low-frequency noise and the fur windscreen that reduces wind noise when filming outdoors.

Despite having functionality on par with professional acoustic equipment, the TM-2X is extremely easy to use. The only preparation required is to mount it on a camera and connect the stereo mini-jack plug into the camera’s external port. All you have to do after this is set the camera’s recording level in accordance with the film’s target subject; you are then free to enjoy filming at a level of sound quality that surpasses filming with a camera alone. Because the TM-2X is an analog acoustic device that does not contain any digital circuits, it can be used for other applications than with DSLRs, including mirrorless SL cameras, compact digital cameras, and video cameras.

A must have camera accessory when filming with a DSLR

By simply mounting TM-2X on your camera, you can perform high-quality video recordings in which realistic audio is added to depth-of-field imagery characteristic to DSLR. Just like with exchangeable lenses and strobes, this is a new type of camera accessory that camera fans will want to take along with them in their camera bag. *Patent application already submitted. 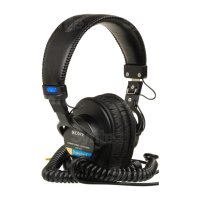 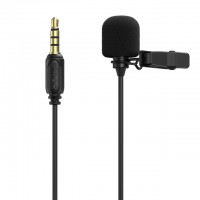 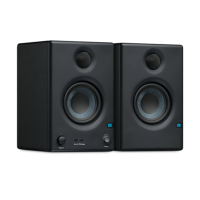 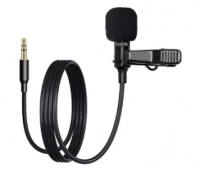 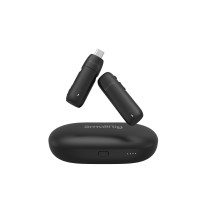 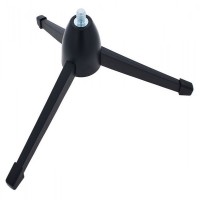 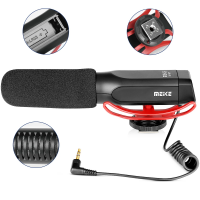 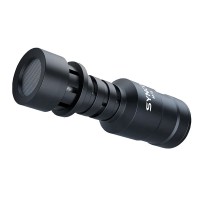 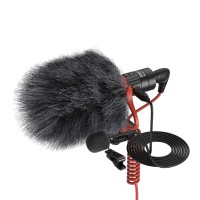